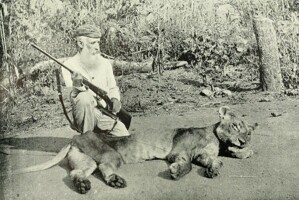 Aim Here, we use an integrative, comprehensive risk assessment framework as a screening tool to evaluate how the invasion risk of previously failed introduced freshwater fish species, commonly found in the live-trade pathway, will change under future climate-change scenarios. Location Laurentian Great Lakes, North America. Methods The 34 species screened for invasion risk previously failed to establish populations, likely due to poor environmental suitability, low propagule pressure, and/or biotic resistance from the recipient community, and are most commonly found in the increasingly important live-trade pathway. Using established trait-based models, we quantified the probability of establishment success and probability of having high ecological impact in the decade of first introduction and present-day communities (2020) based on known species extirpations, introductions and establishments between 1870 and 2020. We completed a climate match analysis under future climate-change scenarios based on 16 bioclimatic variables. This approach identified a list of species that should be prioritized in surveillance management. Results We identified seven species that have an increased climate match with the region and an increased probability of establishment success. Five of these species have an increased probability of high ecological impacts. Twenty-four species have a current probability of establishment success greater than 50% and 33 species have a current probability of high ecological impacts greater than 50%. Climate match was dynamic under future climate-change scenarios with 14 species experiencing a better match between their native geographical range and the Laurentian Great Lakes region. Main conclusions Our models identify and predict the invasion risk of non-native freshwater fish species present in pathways relevant to the Great Lakes region and provide a comprehensive framework for future management that prioritize efforts to species of highest risk. This framework could be applied to different taxa, pathways, and/or ecosystems to estimate current and predicted invasion risk under multiple scenarios.

Species distribution models (SDM) have been proposed as valuable first screening tools for predicting species responses to new environmental conditions. SDMs are usually conducted at the species level, assuming that species-environment relationships are a species-specific feature that do not evolve …

Merely designating new and/or expanding existing protected areas (PAs) does not guarantee the protection of critical ecosystems and species. The management of PAs must be effective to sustain meaningful conservational outcomes. We inferred the management effectiveness of PAs in Kenya based on the re…

Southern Africa is remarkably rich in avian species diversity; however, the evolutionary and biogeographic mechanisms responsible for that diversity are, in general, poorly understood, and this is particularly true with respect to the many species that are endemic or near-endemic to the region. Here…

To manage populations of threatened species according to the IUCN’s One Plan Approach, knowledge about both in situ and ex situ populations is required. To enhance the conservation of threatened skinks and to gain an overview which skink species are kept in zoos, and thus already have an ex situ con…

Recent advancements in spatial modelling and mapping methods have opened up new horizons for monitoring the migration of bird species, which have been altered due to the climate change. The rise of citizen science has also aided the spatiotemporal data collection with associated attributes. The biod…

During the Quaternary, large climate oscillations impacted the distribution and demography of species globally. Two approaches have played a major role in reconstructing changes through time: Bayesian Skyline Plots (BSPs), which reconstruct population fluctuations based on genetic data, and Species …