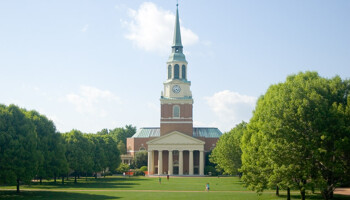 Despite being the second most biodiverse country in the world, hosting more than 7000 useful species, Colombia is characterized by widespread poverty and food insecurity. Following the growing attention in Neglected and Underutilized Species, the present study will combine spatial and taxonomic analysis to unveil their diversity and distribution, as well as to advocate their potential as key resources for tackling food security in the country. The cataloguing of Colombian edible plants resulted in 3805 species. Among these, the most species-rich genera included Inga, Passiflora, Miconia, Solanum, Pouteria , Protium , Annona and Bactris . Biogeographic analysis revealed major diversity hotspots in the Andean humid forests by number of records, species, families, and genera. The departments of Antioquia, Boyacá, Meta, and Cundinamarca ranked first both in terms of number of unique georeferenced records and species of edible plants. Significant information gaps about species distribution were detected in the departments of Cesar, Sucre, Atlántico, Vichada, and Guainía, corresponding to the Caribe and Llanos bioregions, indicating the urgent need for focusing investigation in these areas. Furthermore, a significant level of geographic specificity was found in edible plant species’ distributions between 13 different bioregions and 33 departments, hinting the adoption of tailorized prioritisation protocols for the conservation and revitalization of such resources at the local level.

Background and research aims. The Andean páramo is renowned for its unique biodiversity and sensitivity to environmental threats. However, vulnerability assessments remain scarce, which hinders our capacity to prioritize and apply efficient conservation measures. To this end, we established the Red List of the páramo vascular flora from the Nevados National Natural Park and proposed conservation strategies for its threatened species. Methods. We performed International Union for Conservation of Nature (IUCN) Red List assessments by evaluating Criterion B, including sub-criteria B1–Extent of Occurrence and B2–Area of Occupancy, and using a systematic geographic-ecological approach for conditions a (Location analysis) and b (Continuing decline). We then executed a Conservation Gap Analysis to prioritize species for in- situ and/or ex-situ conservation. Results. Summing our 233 evaluated species with previous assessments, we completed the Red List of 262 páramo species and encountered 3% Threatened (7 VU, one EN), 44% Not Threatened (65 LC, 50 NT), and 53% Data Deficient. We acknowledged Lupinus ruizensis as Endangered and Aequatorium jamesonii, Carex jamesonii, Elaphoglossum cuspidatum, Miconia latifolia, Miconia alborosea, Pentacalia gelida, and Themistoclesia mucronata as Vulnerable. Conclusion. The eight threatened species should be included as target species in the PNN Nevados management plan 2023–2028 and regarded as national conservation priorities. Implications for Conservation. We recommend in-situ conservation for Medium-Priority species A. jamesonii, E. cuspidatum, and T. mucronata with thorough monitoring, paired with sub-population transfers for High-Priority species C. jamesonii. For the endemic L. ruizensis and P. gelida, we suggest combined in-situ/ex-situ strategies taking advantage of national germoplasm collections, like the seed bank of the Bogotá Botanical Garden José Celestino Mutis.

The Qinghai-Tibetan Plateau (QTP) harbors abundant and diverse plant life owing to its high habitat heterogeneity. However, the distribution pattern of biodiversity hotspots and their conservation status remain unclear. Based on 148,283 high-resolution occurrence coordinates of 13,450 seed plants, w…

South America hosts some of the world’s most prominent biodiversity hotspots. Yet, Uruguay – a country where multiple major ecosystems converge – ranks amongst the countries with the lowest levels of available digital biodiversity data in the continent. Such prevalent data scarcity has significantly…

Aims: Assessing climate change impacts on biodiversity is a main scientific challenge, especially in the tropics, therefore, we predicted the future of plant species and communities on the unique páramo sky islands. We implemented the Spatially Explicit Species Assemblage Modelling framework, by i) …

Most knowledge on biodiversity derives from the study of charismatic macro-organisms, such as birds and trees. However, the diversity of micro-organisms constitutes the majority of all life forms on Earth. Here, we ask if the patterns of richness inferred for macro-organisms are similar for micro-or…

New Guinea is the most biologically and linguistically diverse tropical island on Earth, yet the potential impacts of climate change on its biocultural heritage remain unknown. Analyzing 2353 endemic plant species distributions, we find that 63% of species are expected to have smaller geographic ran…

In addition to their potential against deforestation and climate change, agroforestry systems may have a relevant role in biodiversity conservation. In this sense, not only species richness per se, but also community composition, including the distribution range of the species, should be considered.…

The continental and marine territories of Uruguay are characterised by a rich convergence of multiple biogeographic ecoregions of the Neotropics, making this country a peculiar biodiversity spot. However, despite the biological significance of Uruguay for the South American subcontinent, the distrib…